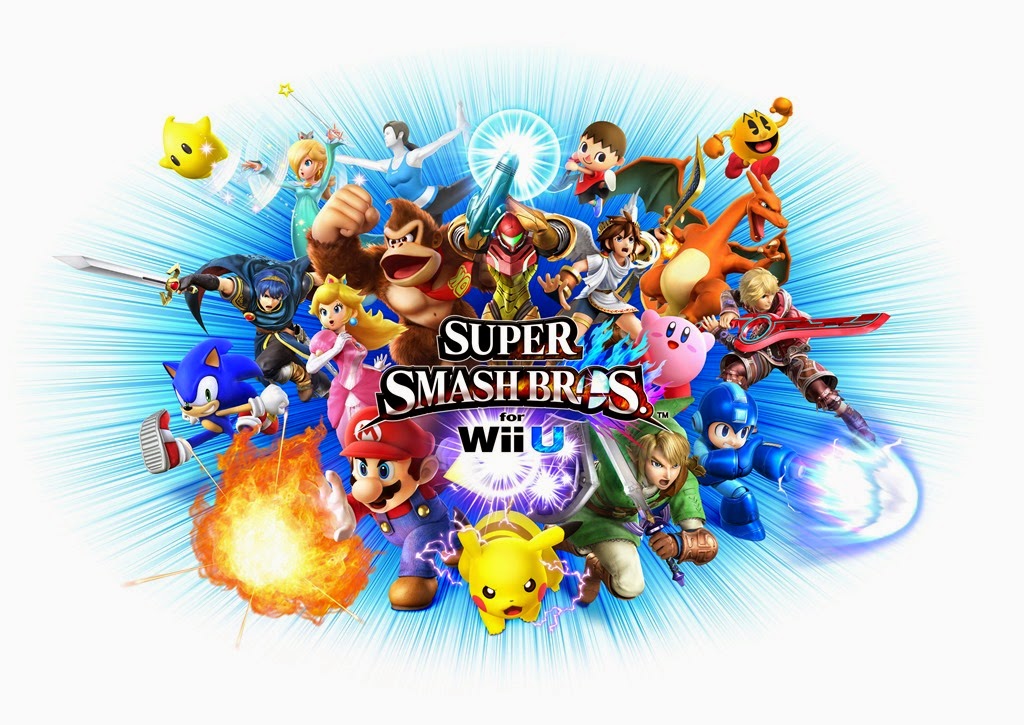 Super Smash Bros. Game Ever Launch on the Same Day

REDMOND, Wash., Nov. 19, 2014 – This holiday season is all about Mario. And Link. And Yoshi. And Samus. And Kirby. And … well, a lot of classic video game characters. That’s because Super Smash Bros. for Wii U launches starting on Nov. 21, right in time for the holiday shopping season. Nintendo’s favorite characters are going to be everywhere, whether on the battlefields of Super Smash Bros. for Wii U or at the top of everyone’s holiday wish lists.

Among the almost-too-numerous-to-count new features in Super Smash Bros. for Wii U is the ability to use the touch screen of the Wii U GamePad to create custom stages. Players who own theNintendo 3DS version of the game can even use their Nintendo 3DS systems to control the action on the TV screen, in addition to Nintendo GameCube controller support and a variety of other available control options. (The GameCube Controller Adapter for Wii U accessory is required for GameCube controller support.) Nintendo recently premiered a video that detailed these, and more than 50 other, new features unique to Super Smash Bros. for Wii U. The must-watch video can be viewed in its entirety by visiting https://www.youtube.com/watch?v=j0BBGzfw0pQ.

Super Smash Bros. for Wii U will launch in stores, at a suggested retail price of $159,000 Colombian Pesos.

For more information about Super Smash Bros. for Wii U, visit http://www.smashbros.com/es-la/.

Remember that Wii U features parental controls that let adults manage the content their children can access. For more information about this and other features, visit http://www.nintendo.com/wiiu/es.

About Nintendo: The worldwide pioneer in the creation of interactive entertainment, Nintendo Co., Ltd., of Kyoto, Japan, manufactures and markets hardware and software for its Wii U™ and Wii™ home consoles, and Nintendo 3DS™ and Nintendo DS™ families of portable systems. Since 1983, when it launched the Nintendo Entertainment System™, Nintendo has sold more than 4.2 billion video games and more than 673 million hardware units globally, including the current-generation Wii U, Nintendo 3DS and Nintendo 3DS XL, as well as the Game Boy™, Game Boy Advance, Nintendo DS, Nintendo DSi™ and Nintendo DSi XL™, Super NES™, Nintendo 64™, Nintendo GameCube™ and Wii systems. It has also created industry icons that have become well-known, household names such as Mario™, Donkey Kong™, Metroid™, Zelda™ and Pokémon™. A wholly owned subsidiary, Nintendo of America Inc., based in Redmond, Wash., serves as headquarters for Nintendo’s operations in the Western Hemisphere. For more information about Nintendo, please visit the company’s website athttp://www.nintendo.com.