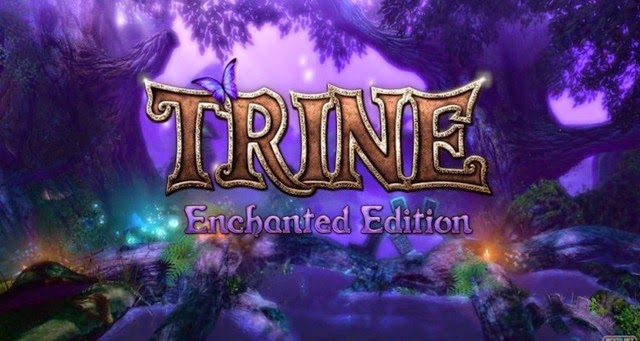 Helsinki, Finland – 24 July 2014 – Finnish game developer Frozenbyte is excited to announce that Trine Enchanted Edition for PC will be released July 24th, 2014 on Steam, GOG.com and Humble Store, and will be priced at $14.99.

The updated version has been enhanced with dazzling new visual effects and includes a number of improvements over the original, most notably online multiplayer and mid-level saving. A new trailer has been created to celebrate the Steam launch, accessible on the YouTube™ video community:

"We've sold over 6 million copies of the Trine series so far, and we just passed the five year anniversary mark of the original Trine's release" says Frozenbyte CEO Mr. Lauri Hyvärinen. "So we wanted to give something back to our fans with this update by improving the game, and finally bringing it to Linux as well. We've also heard a lot of requests for Trine from console owners, so we're happy to announce that we’re bringing Trine Enchanted Edition also to Wii U and PS4."
Set for a July 24th release for Windows PC's, followed by Mac and Linux releases, Trine Enchanted Edition is also coming later in 2014 as a digital release for the Wii U system from Nintendo, and for the PlayStation 4 system.

Trine Enchanted Edition is a beautiful fantasy action platformer with a fairytale-like atmosphere, following the journey of three heroes – a Wizard, a Knight and a Thief – in a quest to save the kingdom from evil. The gameplay is based on fully interactive physics – each character's different abilities and tactics can be used to invent new ways to battle an army of undead and overcome obstacles, and restore the balance of the world.

Game Features:
• Three Heroes: Amadeus the Wizard, Zoya the Thief and Pontius the Knight, each with unique abilities
• Online and local co-op with up to three players
• Fully interactive game world with realistic physics
• Numerous skills and abilities to solve puzzles in different play styles
• Fifteen challenging and carefully designed levels, each with a distinctly unique atmosphere and visual style