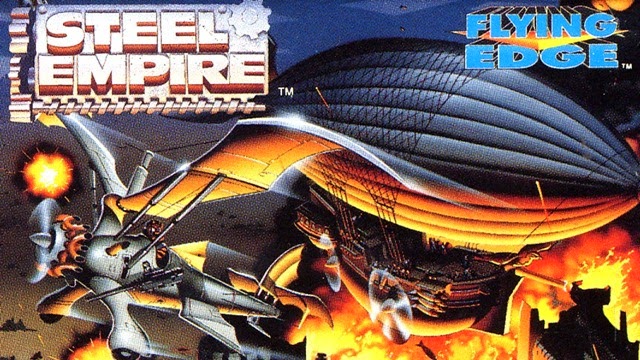 Krakow, POLAND – Mechanic Arms, a Japanese based publisher, Teyon, a co-publisher, and Mebius, a Japanese developer, today proudly announced the upcoming release of Steel Empire, a classic shoot’em up game for Nintendo 3DS. Originally released on Sega Genesis and Game Boy Advance, the title now will be available to download from the Nintendo eShop in the Americas next Thursday, July 31 for $29.99.

Steel Empire is a steam punk shoot'em up game featuring a frantic combat filled with powerful enemies and insane obstacles. Enjoy a beautiful world and retro game-play as you dodge and shoot your way through classical stages. Choose one of 4 difficulty settings according to your set of skills and fight the evil empire! See how well you did using the Replay Mode and show your worth by getting all achievements.

Game Features:
• Dance with bullets and shoot down the enemy
• 7 complex stages full of adrenaline-pumping action and boss fights
• Collect special power-ups and increase your firepower with a level-up system (up to 20 levels)
• Enjoy the retro graphics providing new 3D effects
• The classic is back! Legendary side-scrolling shooting action now flying into the Nintendo eShop on Nintendo 3DS!

Watch the official trailer for Steel Empire https://www.youtube.com/watch?v=VIhUOCtBEiM or head to the official website for more information: http://www.teyon.com/games/steel-empire.

©STARFISH-SD inc. Developed & Management by mebius. Published in Japan by MECHANIC ARMS. Licensed to and published by Teyon.

About Teyon
Teyon is a developer and digital publisher of video games for major platforms. Established in 2006 in Krakow, Poland, it has since expanded creating offices in Lodz, Poland and Tokyo, Japan, employing over 70 gaming enthusiasts. Using proprietary cross-platform technology, Teyon has been able to successfully release over 100 self-developed titles as well localize many more. For more information, visit www.teyon.com.
Twitter: http://twitter.com/TeyonGames
Facebook: http://facebook.com/TeyonGames
YouTube: http://youtube.com/TeyonGames
Google Plus: http://google.com/+Teyon

Japanese developer specializing in many platforms from smart phones to gaming consoles. Their most famous titles are "Arkadiasu no Ikusa Hime" for PS3 and "Maison de Maou" (English title:"Unholy Heights") for Nintendo 3DS.